As I was studying 2 Timothy, it hit me that in many churches there is a lack of pastoral counsel. I don’t know why it didn’t hit me in 1Timothy study. (I’ll accept it as the timing of the Holy Spirit.) I believe that there exist a lack of pastoral counsel because of what I’ve experienced, listening to the voice of many Christians and noticing the behavior of sheep and shepherd on Christian broadcasting shows via YouTube and other televised Christian outlets. I read a lot and hear so much about diluted and “anemic”(missing the blood) sermons; otherwise known as “watered down” and “sugar coated” sermons. Ahem.

I also read and hear a lot about/from Christians not being able to speak with a pastor to receive pastoral counseling. Hence, they end up going outside of the church for “worldly counsel”. Most churches are too busy with “busy work” instead of edifying work. I’m just saying. It seems to me that these are some of the reasons within the church that quite a few Christians are confused about what God requires of them; hence division and non-Christ like behavior exists within the body of Christ. Some even leave the church and pursue other entities. Then again, perhaps some pastors may have the thought of being sued on their mind if the wrong counsel is given. I say, be strong in the Lord and speak nothing but the truth to those that need and seek pastoral counsel. America has become a nation overflowing with lawsuits. Yea? Just something to ponder there! With that being said, let us begin.

For the sake of this blog, I will go by my biblical understanding of pastoral counseling: “In the Bible, pastoral counseling prototypes include ministers assigned by Moses to guide the Hebrew people in family, community, and religious life; the prophets Samuel, Jeremiah, and Ezekiel; Jesus of Nazareth; and the apostle, Paul.”

In his second letter to Timotheus aka Timothy, Paul continues to give Timothy counsel. He starts out by telling him to “…be strong in the grace that is in Christ Jesus.”  What a powerful admonition, don’t ya think?  Simply put, it is a reminder that in our weakness, the Lord is strong. He is our strength. That was a hard and much needed lesson for me to learn. I/we can do nothing by ourselves. I/we need the Lord’s help when we are feeling helpless and/or weak. Think. Did Jesus not say that He “The Son can do nothing of himself…”? Did Jesus not say “It is written” when hounded by the devil? It is clear that a “good soldier” should be “strong in the grace that is in Christ Jesus.”

Now, in 2 Timothy 2:3-4 Paul said, “Thou therefore endure hardness, as a good soldier of Jesus Christ. No man that warreth entangleth himself with the affairs of [this] life; that he may please him who hath chosen him to be a soldier.” And these are the lead verses we are going to receive counsel on since the Holy Spirit put it in my heart and on my mind. I am going to tune them in with other bible verses and my thoughts.

Let me share three (3) important points on being a “good soldier of Jesus Christ” aka a Christian soldier:

(1) Read   Jeremiah 20  A “good soldier” will understand how Jeremiah felt. The words of God are like fire shut up in our bones when we don’t speak up about and for the Lord.  He/she will know that we are at war daily between the flesh and the spirit just as Paul was, just as Adam and Eve was, etc.

(2) Jesus said unto him, Thou shalt love the Lord thy God with all thy heart, and with all thy soul, and with all thy mind. This is the first and great commandment.-Matthew 22:37-38 I used to put as a signature on my email accounts “To Know Me is To Love Me” This verse reminded me that to know the Lord is to love Him. It is written.

(3) For we wrestle not against flesh and blood, but against principalities, against powers, against the rulers of the darkness of this world, against spiritual wickedness in high places.- Ephesians 6:12(KJV)  There are many out there that do not believe that Satan exists. A “good soldier” needs to know that he does exist and he is capable of disarming us. Take a close look around the world, what do you see? Unforgiveness, hatred, gender issues, murderers, false doctrines/bibles, flowered beliefs, watered down sermons, etc. are all disarming works of Satan. Crouching sin have crept into the mind and heart of  many Christians. It is written. 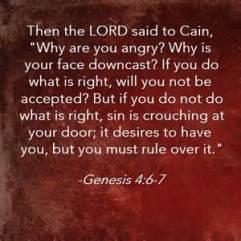 Those points helped me to understand why pastoral counsel is important for the body of Christ. Paul also helped me to understand that a “good soldier of Jesus Christ” will endure hardship. A shepherd and other church leaders should be equipped to provide counsel period to congregants about enduring hardships. It brings to mind the expression “War is real”. In this day and time, war just seem to drop out of thin air. The people of God are turning against each other. That is why we need to acknowledge what is stated in Ephesians 6:12. We have been forewarned in the Word…a good soldier must prepare him/her self for this battle by putting on the whole armor of God.  Read Ephesians 6 because :

BE Aware of Such Demons

Paul also reminds us that a “good solider” does not get entangled in living a worldly life. When a soldier is called to duty in an armed force he/she is no longer considered a civilian (member of the public). Right? Do you think that soldiers think about missing a television show, sex, or partying while a war is going on? A soldier’s primary focus and training becomes that of one thing and one thing only…winning the war.  A “good soldier is one that no longer lives his/her life as a worldly civilian.  Their focus is on the Word of God. A “good soldier” is one that carries his/her weapon (The Word of God) at all times. A “good soldier” should be well trained in using this weapon of  burning fire. War is not watered down nor sugar coated so a “good soldier of Jesus Christ” in training should not have a watered down nor sugar coated mindset. He/she should be filled with the fire of the Holy Spirit and be “ready to rumble” as they say before a wrestling match.

A Note– For some reason the word fire reminded me of Daniel 7:9-10(KJV)  “I beheld till the thrones were cast down, and the Ancient of days did sit, whose garment was white as snow, and the hair of his head like the pure wool: his throne was like the fiery flame, and his wheels as burning fire. A fiery stream issued and came forth from before him: thousand thousands ministered unto him, and ten thousand times ten thousand stood before him: the judgment was set, and the books were opened.”

Enough said. Understand the message. Beloved, a war like none before will take place. It’s inevitable. We have received counsel from the Holy Bible. A “good soldier” will be prepared for battle and will overcome. It is written.

Thank you for stopping in. May you and I learn and apply these lessons to our lives daily. May you and I as a good soldier be ready for the Lord’s return. In Jesus name. Amen.